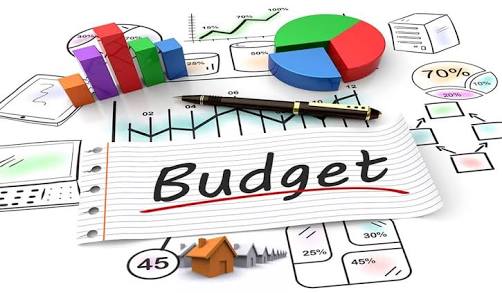 I can tell you, I got plenty of weird glances at the gym last night as I was pushing heavy weights and saying “yes” with my fist pumped as I watched the 2018/2019 Federal Budget announcement last night by Scott Morrison, the Australian Treasurer!

The Government has been smart (for once haha) by pulling more revenue into our economy from large, international enterprises. You see, for years now, these organisations have taken our money (via online sales – both digital and physical) and running away with the earnings whilst not paying any Aussie tax (including GST). This change in direction from the government has resulted in some really great tax and funding incentives for Aussie individuals and small business.

Oh, and my old home town will finally get their bypass after more than 40 years of promises.

Are you pumped by the highlights and want to know more detail?

a) Will result in marginal tax rates are being reduced overall for individuals.

b) On average, 94% of Australians will pay no more than 32.5% in marginal tax to be implemented over the next 7 years.

c) This will be implemented through the preparation of your tax return with a tax relief provided for individuals up to $90,000 taxable income. If you don’t do your return, you might not get the tax relief.

a) Lost Super will be automagically sent to your active super fund reducing duplicated fees eating up your hard earned super balances, and

b) Exit fees for swapping to a new super fund will be abolished – because you should be able to move your super to a better fund without penalties.

a) Pension Loan Scheme will be available to all older Australians – pensioners and self funded retirees, boosting their income up to $17,800 for a couple without impact to pension eligibility

b) Expanded Pension work bonus can earn an extra $1,300 per year without affecting pension payments

c) It’s ever too late, never too old to start a business. The self employed – can earn up $7,800 per year again, not affecting pension.

d) Have you invested in companies? You’ll now be able to keep your tax refunds from Franked Dividends.

a) The biggest announcement is the extension of the Small Business Write-off incentive for asset purchases up to $20,000 + GST expanded to cover businesses with aggregated turnover of $10m or less.

b) Small Business are being encouraged to hire mature employees with a $10,000 bonus

c) Small Business will be better protected by other businesses who are doing a real dodgy and “going bust” in order to stop paying their bills. All to restart all over again. This is called “Phoenixing” and more robust legislation will target these types of businesses

The government is determined to bring Australia into the cutting edge of technology by honing our intelligence and backing the Research, Development and Scientist development.

R&D Tax Incentive will be restructured to give more support to companies that invest a higher proportion on R&D over and above what other’s would do anyway.

Farmers will be incentivised to create more jobs with:

a) additional funding for pests, weeds and disease;

b) Funding new technology to detect new biosecurity risks; and

Personally, I’m most excited about the Coffs announcement.

The most exiting part for me personally, is that my birth region’s bypass has been (after 40 years of promises) has been funded! Coffs Harbour will soon stop being a bottleneck between Sydney and BrisVegas. Wahoo!

Do you need to know how the budget will affect your Small Business?

This site uses Akismet to reduce spam. Learn how your comment data is processed.